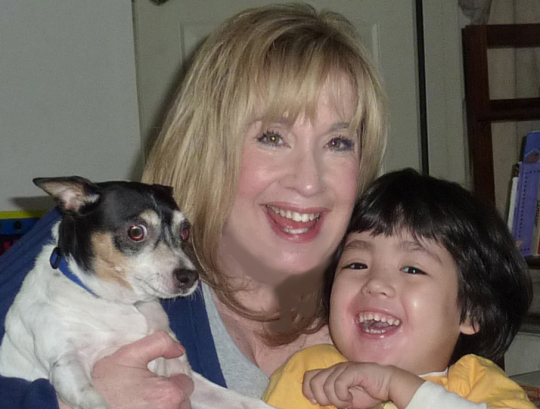 Meryl Treatner, Philadelphia born and bred has spent most of her professional life producing and illustrating books. A graduate of the University of the Arts. Meryl has created books that shine, that glow, that sparkle, and that beg to be read, Children become woven in their pages and fascinated by the way they tell the various stories and greet the vibrant characters that the authors have assigned to her skillful portrayal.

Whether the stories are intended for poignant lessons, for emotional portrayals, or for sheer exuberance, no one can accomplish the task at artistic hand better than Meryl. Her realism is astounding, and her depicting of the work’s surroundings absorb and captivate the reader’s attention with their abundance of detail Whether It’s The chronicle of “Stop Teasing Tailor,” where one youngster is mercilessly tantalized by his youthful colleagues on the school ground. Where the frustration of unwilling disability “comes to its surface” and relates the inability to control the misguided reflexes of a youngster in an award-winning chronicle of one child’s battle with relentless biological nemeses that subjects him to the ridicule of his contemporaries.
Lighter-hearted but illustrative bonds that encompass little and big brothers, are found in “My Big Brother Ben.”

Meryl is an experienced courtroom sketch artist and has been featured by ABC Nightly News and United Press International. Her works were part of the Lowe Gallery, Syracuse University, and the Huntsville, Alabama Museum of Art.